ROMANTIC SUSPENSE TO EXCITE YOUR MIND! 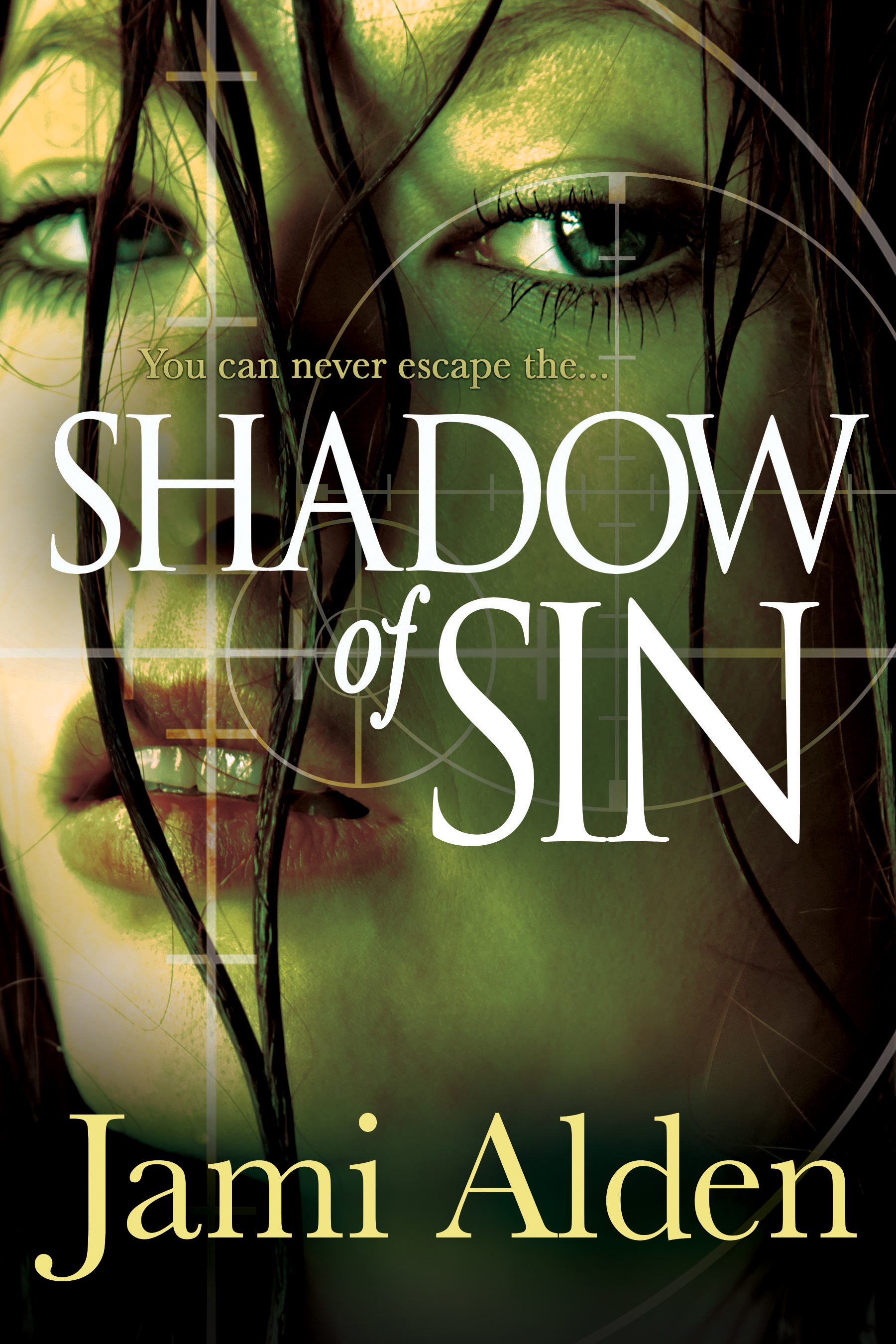 Erin Flannery came from one of the trashiest, most notorious families in three counties. Through hard work and sheer grit,  she’s made herself a success, going from selling cookies on the street to owning her own successful restaurant. But she hasn’t turned her back on her family. So when her sister finds herself in the crosshairs of a deadly killer, Erin will risk her own life to protect her.

With nowhere else to turn, Erin is forced to rely on Sheriff CJ Kovacs.  Once upon a time, she fell under the spell of his easy grin and brown eyes, only to have her heart broken when she realized that he, too, saw her as just another trashy Flannery girl.

CJ has always regretted the way his clumsy words hurt Erin and ruined the fragile bond they were building. Though he’s been irresistibly drawn to her all these years, she’s just as hostile – and beautiful – as ever.

When Erin’s drive to protect her sister puts her in grave danger, CJ will do whatever it takes to keep her safe – regardless of how she feels about him. And maybe he’ll finally convince her that he’s no longer the callus teenager who crushed her heart, but a man who deserves a second chance. 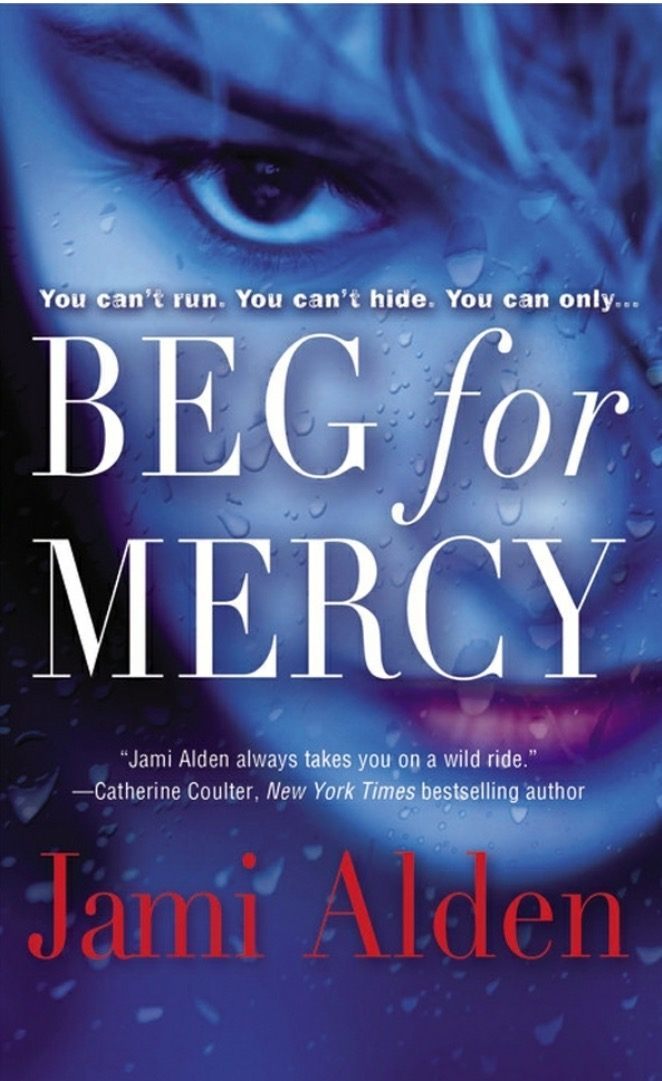 Megan Flynn thought she was falling in love. Cole Williams wasn’t just handsome and passionate, he was one of the good guys. Or so she thought, until he arrested her brother-the only family she has left-for a murder she knows he couldn’t have possibly committed. Now, with her heart broken and her brother’s life hanging in the balance, Megan will risk everything to prove his innocence. Even if that means throwing herself into the path of a sadistic killer with a hauntingly familiar MO. Seattle Detective Cole Williams had given up on making Megan see reason where her brother is concerned. But when she insinuates herself into the most shockingly brutal case Cole has ever worked, he can’t stand idly by. Plunged into a secret world where the city’s elite indulge their darkest desires, Cole will do whatever it takes to bring down a madman who has made Megan his most coveted prey. 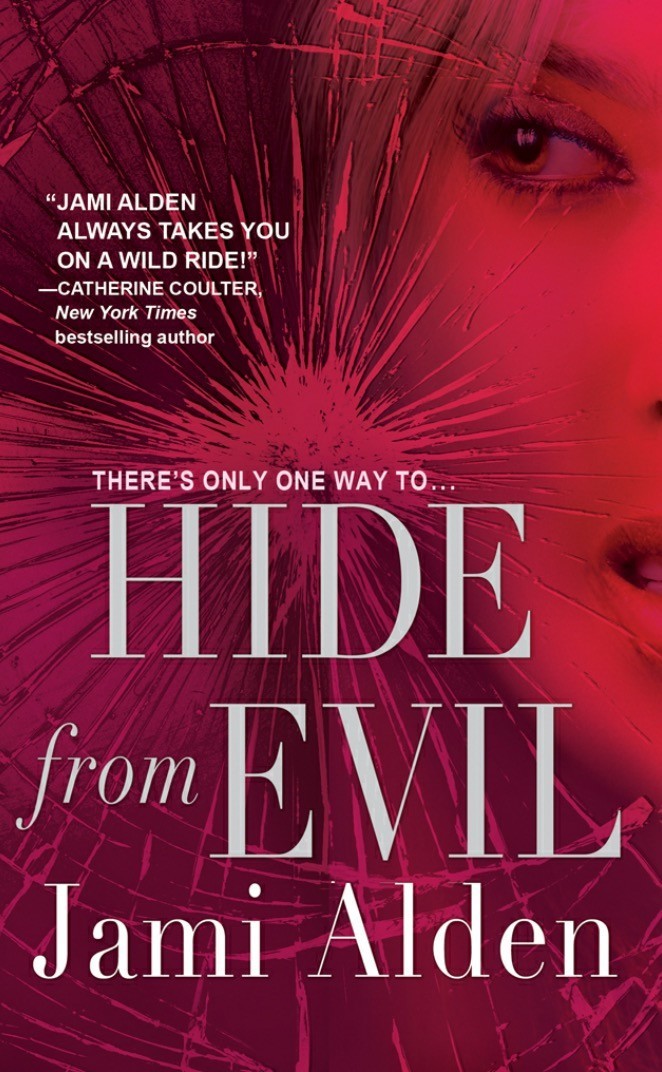 Sean Flynn should feel lucky he’s alive. But a betrayal by a close friend-and two years on death row-has left him feeling only numb. When his conviction was overturned, Sean retreated to a quiet woodland cabin, far away from prying eyes. There, he believed, the past couldn’t come back to haunt him . . . untilshe showed up.

Overcome with guilt, Deputy Prosecuting Attorney Krista Slater can’t forgive herself for convicting an innocent man. But when another brutal murder reveals chilling, new facts about his case, she must turn to Sean for help. She’s ready to face his anger, but the desire in his eyes ignites a need she’s never felt before. Shadowed by danger, Sean and Krista uncover a twisted maze of deception and betrayal-all under the dangerous gaze of a cunning mastermind who will do whatever it takes to keep his evil secrets safe.

"Alden's each and every well-placed word demonstrates to readers what a superior storyteller of suspense she is... This is one story that will have readers turning the pages well in the night." -Romantic Times Book Reviews 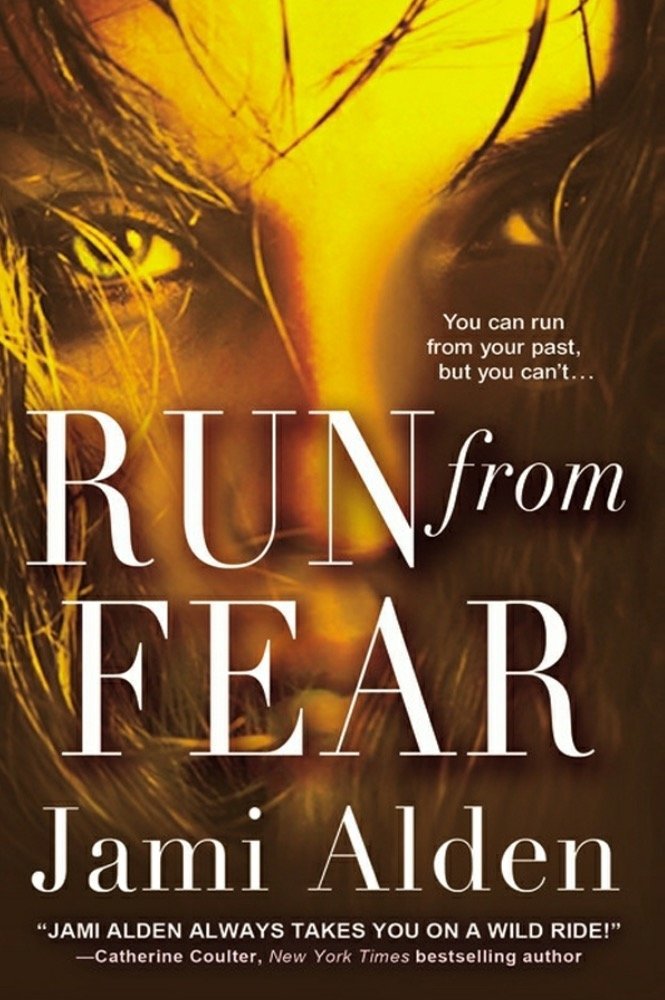 More than anything, Talia Vega wanted to leave behind her harrowing past. Moving eight hundred miles away, she succeeded . . . until the one man who knows her darkest secrets wanders into the restaurant where she works. Now the agonizing memories come crashing back-along with an undeniable desire for Jack Brooks, the ex-Green Beret who rescued her from a sadistic monster two years ago.

Jack Brooks knows that showing up unannounced is a purely selfish move. Talia doesn’t need his protection anymore, but he can’t get the raven-haired beauty out of his mind. And when a twisted madman is hell-bent on resurrecting her torturous past, Jack vows to do anything to keep her safe-even risk his own life to save the only woman he’s ever loved.

"An emotional, adrenalin rush...Sexual chemistry engulfs these two and spills from the pages with the force of a tsunami...Alden's portrayal of Sean is brilliant, and pairing him with the hard-nosed, determined prosecutor was risky but proved to be perfect. I've been looking forward to reading this novel for months, and Jami Alden didn't disappoint." - USA Today 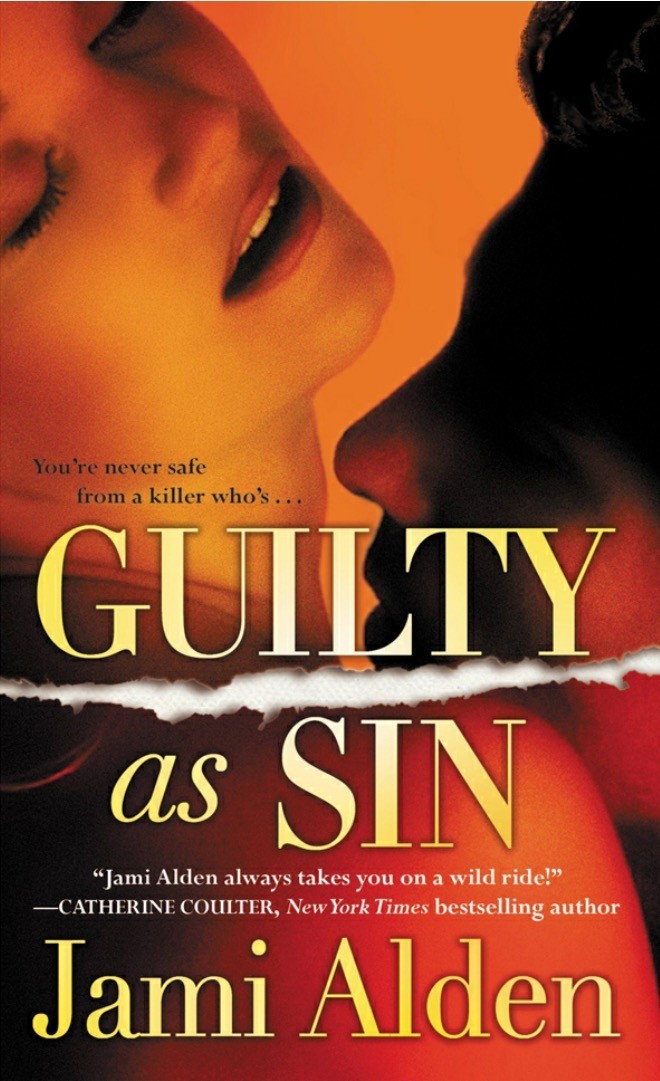 Fourteen years ago, Kate Beckett was a teenager more interested in summer romance than babysitting. Then the unthinkable happened: her younger brother was kidnapped and murdered on her watch. Now she is an advocate for missing children, and her newest case brings her back to the small town where she lost her brother-and where she left behind the first boy she ever loved.

Tommy Ibarra’s world fell apart after Kate broke his heart, and he’s spent his adult life making sure that he’ll never be vulnerable again. When a teenage girl vanishes, he offers his expertise as a high tech security expert to help find her. Although he’s determined to keep his distance from Kate, it isn’t long before he’s falling under her spell all over again.

As they race against the clock, their investigation leads to a brutal killer with a shocking connection to Kate’s tragic past. And this time, the killer has Kate firmly in his sights. 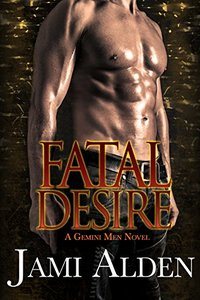 Got an investigation situation? Call the Gemini Men: Ethan and Derek Taggart. Yeah, they’re twins. Double the trouble and twice as sexy–women can’t get enough of them or their older brother Danny, who keeps ’em in line when things get wild. The three Taggart men are hot, hard, and ready to take on all comers. . .

Ex-military. Tall. Chiseled. Intelligent and arrogant. And so hot he’s on fire. That’s Ethan Taggart. Male to the max. Toni Crawford, computer genius turned PI, can’t stop looking at him and Ethan’s returning the favor. Nice and slow. Those piercing blue eyes of his are about to melt her down but. . .nothing doing. Toni has to stay cool. Focus on the assignment: the teenage daughter of a multimillionaire just vanished in plain sight. Chasing down leads, investigating every freaky angle, pushing past the boundaries of a hellish underworld of sex and drugs, Ethan and Toni are forced to work closely to stalk an unseen enemy with a taste for cruel games. Risking their lives to save the missing girl is only half the battle. Their blazingly sensual attraction grows every second, until there’s no turning back. Their passion is about to explode. . .and Ethan and Toni soon find that danger breeds the hottest desire of all. . . 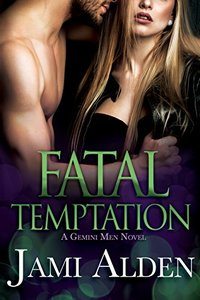 Ethan and Derek Taggart: they’re the men of Gemini, and when it comes to sheet-scorching undercover work, nobody does it better. The only one they answer to is big brother Danny–that is, until the right women come along to grab the reins and crack the whip as hard as the Taggart men like it. . .

Security is Derek Taggart’s game, and he plays it straight–no margin for error, no time to fool around. . .except with one hot little number who changes everything. He takes her home when she needs a ride–one she’ll never forget. The problem is Derek can’t forget her, a total about-face for a guy who keeps his enemies closer than his lovers. Then he finds out the sexy dynamo is Alyssa Miles, notorious party girl and darling of the gossip rags. It’s time to walk away and never look back, which would be a hell of a lot easier if his agency didn’t desperately need the high-profile gig her family’s offering: a minor detail that consists mainly of Derek watching Alyssa 24/7. Keeping an eagle eye on every inch of Alyssa’s nubile body isn’t exactly a hardship–the problem is keeping his hands off and his brain on when things go dangerously wrong. . . 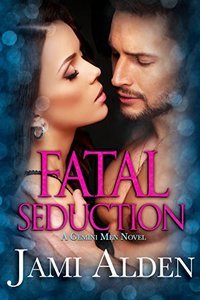 Danny Taggart is the biggest badass of all the Gemini Men. And there’s only one thing a woman can do with a man this hot, hard, and ready for action. . ..

He’s the oldest of the three Taggart brothers. And the boldest. Tall, dark and rippling with muscle, Danny Taggart takes no prisoners. But when his latest case puts him up close and personal with the woman who once left him raw and aching, he’s shell-shocked. Caroline Medford is still hotter than hell. But she’s also got her pretty grip on the truths that have shaped him into the soul-ravaged warrior he is today. Burned once, Danny’s plan is to satisfy his craving for Caroline and walk away. Yet once he has her warm and willing beneath him, he can’t get deep enough–or close enough. Not even when danger threatens to destroy everything he’s ever fought for. Including the only woman he’s ever loved. . .

EVEN MORE BOOKS BY JAMI ALDEN!